An Open Letter to Our Customers 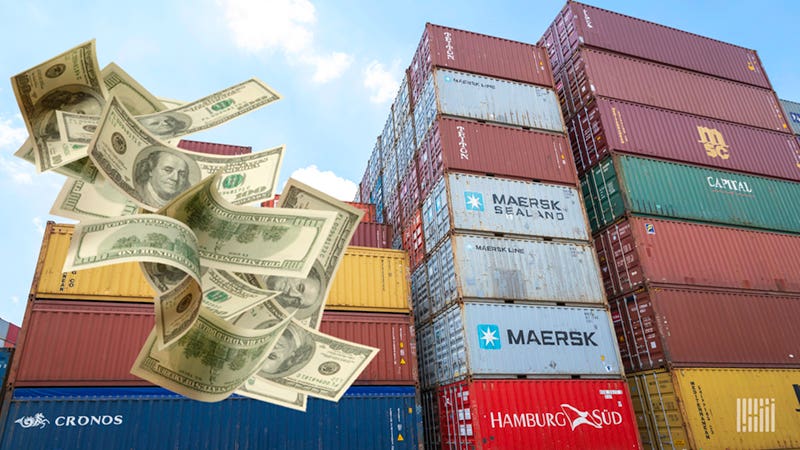 When I wrote to you in February and explained the effects of a huge demand in the U.S. for consumer products manufactured in China, we had indications that the situation would subside by the end of summer.  The optimism we had hoped for has dimmed.

The combined effects of continued high demand for home products like furniture, toys, computers, i-phones, gym equipment and bicycles has now expanded into computer chips for the automobile industry (causing a huge increase in demand for used cars), building supplies, machinery and just about everything else.

This high demand has put pressure on Chinese factories to expand production from pandemic levels with a shortage of skilled labor.   U.S. ports are still clogged with ships anchored in the harbor for up to two weeks waiting to dock.   The shortage of container boxes has also contributed to unprecedented delays in getting finished goods to the U.S. Please click here to read a great article from the industry.

The biggest challenge of all is the lack of available space on container ships.  The largest importers like Walmart, Costco and Lowe’s have scooped up all available space on ships in the coming months.   In short, the ocean freight lines are sold out for the remainder of the year.   Smaller importers (less than 5000 containers per year) have had to bid against these retail giants in securing space which has driven the price up to never-before-seen levels.   An article appearing in the NY Times in June announced a new strategy which is unique to the shipping industry.   The Home Depot decided to lease an entire container ship to be used exclusively for their goods and will continuously travel up and back from China to Los Angeles for the foreseeable future.  Good thinking on their part.

As late as October 2020, Econoco paid less than $3000 for a 40’ container from China to our warehouse in Pennsylvania.  By end of April, the cost was up to $8000 which prompted our June 1 price increase. Today we have reached new heights whereby the cost to move the same container has exceeded $20,000 since early July.

A few weeks ago, I had the pleasure of being on a conference call with experts in the logistics business including Mike Regan, CEO of TransAct, John DeBiel, CEO of Supply Chain Edge and John Janson, Director Logistics at Sanmar, one of the country’s largest apparel firms that produce private label clothing for well-known brands.  The consensus among the experts was that this situation will not only continue but it is bound to get worse.  Current estimates are that container costs may exceed $25,000 through the end of this year and possibly $30,000 into Q1 of 2022.

Based on that information and in light of our current inbound freight costs, Econoco has no choice but to raise prices across the board by 20% and will take effect Monday August 16.   We apologize for the short notice.

There is a short list of items that are increasing more than 20% mainly due to new raw material cost increases as well as those inexpensive items that come in unusually large cartons.  In some cases, the new ocean freight associated with those items are equal to the cost themselves.

The good news is that we are fulfilling all backorders and there is plenty of inventory in transit and in production.  We feel that providing much needed goods to the market despite the cost increases keeps Econoco as a trusted and reliable supplier in the store fixture and display industry.

Please be assured that we are monitoring the market closely.  If and when ocean freight rates stabilize at lower levels, we will be looking to roll prices back.  Econoco pledges to maintain its competitiveness in the marketplace and fulfill its goal to have the highest quality products available and in stock at the lowest possible prices.

Thank you for your understanding.  I am always reachable directly for questions and comments.